Review of this book 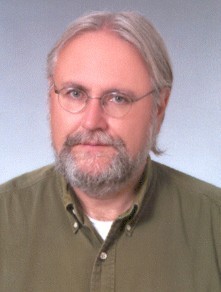 Modernist culture manifested itself not only in literature and the arts, but in the expression of sexuality, gender roles, marital relations, and other aspects of American culture during the early twentieth century, as recent scholarship has attested. Neith Boyce (1872-1951) was an especially interesting standard-bearer of the modernist cultural impulse.

A “new woman” during the 1890s—living independently and striving to pursue a career as a writer—Boyce came to experiment, during the course of her writing career, with modernist styles in poetry, drama, and “creative nonfiction.” She also became acquainted with a number of important figures in the American avant-garde and was involved with an international network of modernist writers and artists. Among her friends were Mabel Dodge, the bohemian socialite; Gertrude and Leo Stein, the writer and her brother; Mina Loy, the poet and Futurist; and Bernard Berenson, the art critic, and his wife Mary. Boyce is perhaps best remembered today, however, for her stormy “new marriage” to Hutchins Hapgood, fellow writer and participant in the modernist literary and artistic scene.

Boyce and Hapgood wrote prolifically in various genres on their modern marriage, which was supposed to be based on equality and frank communication, but soon degenerated into a tension-wrought relationship.

The Modern World of Neith Boyce, scrupulously edited, annotated, and introduced by Carol DeBoer-Langworthy, contains three previously unpublished works by Boyce. These include her autobiography, composed in the late 1930s and detailing her childhood and early career up to her marriage with Hapgood in 1899; her diary of a trip that she made with Hapgood and their young son to Italy in 1903; and her “war diary,” which recounted Boyce’s trip to Italy, accompanied by a son and a daughter, along with Mabel Dodge, her son, and her secretary-nurse, on the outbreak of World War I.

The autobiography and diaries are examples of what DeBoer-Langworthy terms creative nonfiction—names were sometimes altered, events focused on or omitted as Boyce “bent time,” and literary form was experimented with. Moreover, in true modernist fashion, the writings broke down the conventional demarcation of the genres of autobiographical writing, history, and literature.

A successful writer of short stories, novellas, and novels, Boyce was widely read in the United States during the first two decades of the twentieth century. Her stories appeared in such magazines as Vogue, Lippincott’s Monthly Magazine, Scribner’s Magazine, McClure’s, Good Housekeeping, Forum, and Harper’s Weekly. Her first novel, The Forerunner, was published in 1903; the 1903 diary alludes to her examination of the proof sheets of this novel. Her final published novel, Proud Lady,the one she liked best, appeared in 1923.

As DeBoer-Langworthy notes in her introduction to The Modern World of Neith Boyce, Boyce focused on the relations between men and women, the issues and conflicts characterizing these relations, and the “quest for authenticity” within them. Boyce also wrote plays and played a key role in establishing the Provincetown Players, an important avant-garde theater group, perhaps best known for staging the plays of Eugene O’Neill.

According to DeBoer-Langworthy, the Provincetown Players’ first production was Boyce’s play "Constancy," which dealt with the romantic relationship between Mabel Dodge and journalist John Reed. It was produced on Boyce’s and Hapgood’s front porch in Provincetown in the summer of 1915. DeBoer-Langworthy cites Kornelia Tancheva’s assessment of Boyce’s role in launching modern theater in the United States—Boyce and her friend Susan Glaspell deserve credit for “having broken down most of the nineteenth-century stage conventions, transcending the illusionism usually required and collapsing the distinction between author and subject, character and object, and performer and audience.”

Boyce’s marriage to Hapgood was also a demonstration of the modernist cultural impulse. Theirs was a new marriage, initially negotiated on the basis of both pursuing their respective careers and relating to each other on an egalitarian basis, but one in which Hapgood came to use his male sexual prerogatives to initiate a series of affairs with other women, while proclaiming himself a feminist and proponent of sexual honesty.

To be sure, Hapgood encouraged Boyce to have affairs as well, but he did his best to break off the one serious extra-marital relationship in which Boyce became involved (with Hapgood’s old friend, political scientist Arthur F. Bentley), even becoming physically violent with Boyce. The trials and tribulations of the Boyce-Hapgood marriage have been amply commented upon, by the couple themselves, and more recently by Christine Stansell in her American Moderns. As Stansell has observed, “The remarkably open and explicit record of their relationship mixes confession, narration, print, and drama into a distinctly modern relationship, in which an outward show of equality obscured a deeper reconfiguration of male privilege and female acquiescence.”

Boyce attempted to accept Hapgood’s sexual adventures with grace but was deeply hurt by them. The relationship and its tensions—along with the death of her son Harry in 1918—seems to have contributed to her eventual abandonment of her career as a writer.

The autobiography and diaries shed much light on—though they do not deal in a detailed manner with—the Boyce-Hapgood marriage. In her autobiography, Boyce deals with her childhood and the emergence of her rather reserved and cautious temperament. Her parents were inexpressive and remote, and early traumatic experiences, such as the deaths of her siblings in a diphtheria epidemic in 1880, seem to have reinforced young Boyce’s tendency toward a rather fatalistic, withdrawn, and reticent attitude toward life. Nevertheless, her parents encouraged Boyce to read and write. Their home was well provisioned with books, and Boyce spent many long hours reading Shakespeare, Homer, the Grimm fairy tales, the Arabian Nights, literature on ancient Egypt (Boyce was named after Neith, an Egyptian goddess), and so on. Her father was involved in publishing, and Boyce published her first pieces in the Los Angeles Times, which had been co-founded by the father. Boyce’s mother, Mary, eventually became the editor of LOTOS, a journal published by the General Federation of Women’s Clubs; a number of Boyce’s early poems, stories, articles, and book reviews were published in LOTOS.

On meeting Hapgood in 1897, after he had been hired as a co-worker for the daily New York City newspaper Commercial Advertiser, Boyce found herself attracted to his vital and outgoing personality. She was captivated by “the warm life quality in him, the capacity for enjoyment, the desire to enjoy and to have others enjoy”; Hapgood “loved pleasure, he was good company, he was charming.” Together the two enjoyed the lively ethnic theater productions and foreign restaurants of New York City. Nevertheless, though very attracted to Hapgood, Boyce was uncomfortable with the differences in temperament between the two. More importantly, she was wary of marrying Hapgood, fearing that marriage to him, which would probably involve raising children and other family responsibilities, would be harmful to her budding career as a writer. When she finally did agree to marry Hapgood, it was on the basis of her understanding, seemingly shared by Hapgood, that both would pursue their careers as writers.

From her earliest years, as the autobiography and diaries make clear, Boyce led a nomadic life. Her parents moved frequently from city to city in various regions of the United States. The autobiography begins with Boyce and her family living in Milwaukee; they then moved to another part of the Midwest after the deaths of her siblings. Latter, the family moved to Southern California, where they lived for several years in and around Los Angeles. Finally, they took up residence on the East Coast, eventually settling in New York City and its suburbs. Boyce’s travels in Italy are depicted in the diaries. Among the most memorable passages from the diaries are the descriptions of Boyce’s and her companions’ wanderings about the beautiful, hilly Italian countryside around Florence—and her encounters there with cultural artifacts from the past, especially paintings and architecture.

Boyce’s descriptions in her autobiography of various American urban centers during the last two decades of the nineteenth and early years of the twentieth century are among the highpoints of this document.

Her description of Los Angeles, especially its diverse population and spectacular growth in the 1880s and early 1890s, is quite engrossing. Even more so is her account of her life in New York City during the final years of the nineteenth century. After getting a job with the Commercial Advertiser in 1897, Boyce rented a flat in an apartment building next to the Judson Memorial Church on Washington Square. She enjoyed exploring the area around the square as well as nearby Greenwich Village—with its recent influx of artists and “miniature salons” established by single women. She was intrigued by the ethnic diversity and cultural attractions of the city and loved travelling about the city by streetcar and elevated train. As she exclaimed:

The beautiful city! So expressive, so varied, one could never come to the end of it. The old leisurely stage with seats on top would take one up Fifth Avenue to the Park: the Museum—Greek and Egyptian things, not yet the American wing. Or one could ride up on the clanging El, with its frank views into household interiors. . . . She [Boyce] liked crowds, the people riding to and from work, jamming the El trains, packed in the narrow cross streets of east side; badly dressed, usually dirty, smelling of garlic or beer.

For those interested in the encounter of a talented female writer with the modern in turn-of-the-century America, I highly recommend The Modern World of Neith Boyce.